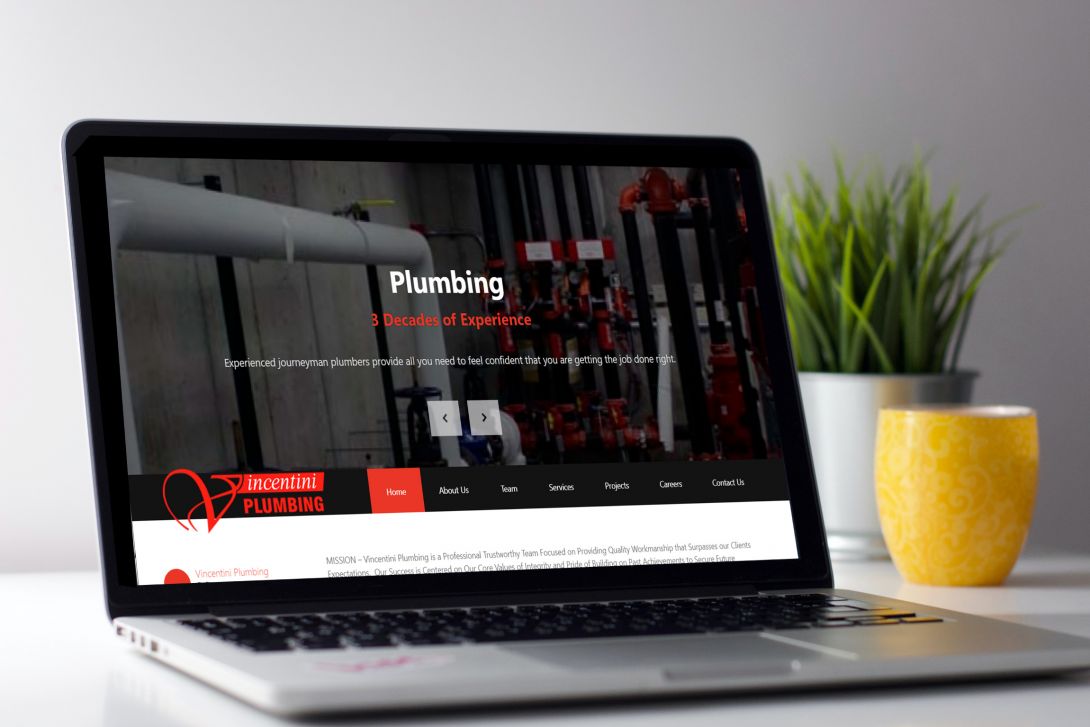 Established in 1982, Vincentini Plumbing is a mechanical contracting company specializing in plumbing for multi-million dollar hospitals and clinics. The company was started by Pete Vincentini and built on a foundation of quality workmanship, timely delivery and competitive pricing.

In 2016, Pete’s son, John, took over the company and has been leading the charge into the new decade, while maintaining the core company values established by his father. Vinventini plumbing also places great importance on teaching the value of the plumbing trade to young people and supporting the growth of the next generation of highly-skilled tradesmen.

What did the Monsters do?

Vincentini Plumbing originally came to Omaha Media Group for help with redesigning an old website of theirs. This website was very basic and was a bit behind the times in terms of functionality and design.

Vincentini Plumbing wanted to bring the website in line with current design trends and add new features, but also wanted to keep the content on site limited to the basics. Omaha Media Group designed a responsive, one page website that showcased the services offered by Vincentini Plumbing as well as their past projects.

Soon enough, Vincentini Plumbing outgrew the one page website and returned to Omaha Media Group to translate it into a multipage website with more content and features.

On the new website, Omaha Media Group took the existing aesthetic and applied it to new subpage designs and elements.

We also set the new website up on ExpressionEngine 5, which allowed for the creation of fluid fields and the ability to create pages dynamically on the fly. New fields were added such as; a photo gallery, team member profiles, rotating header images and career application forms

In addition to designing the one page and multipage websites, Omaha Media Group also developed the Vincentini Employee Portal. Employees are able to login to the portal through a link on the website.

The portal is a place where employees upload and track their hours. When hours are entered into the system, the number of hours worked, location of work and time frame of when the work was done are all tracked and saved on the backend of the portal. Employees can access these details for reference, and these records are used to determine payroll.

Omaha Media Group and Vincentini Plumbing have established a fantastic relationship through the multiple projects we have worked on together. We are looking forward to helping Vincentini Plumbing evolve their online presence in parallel with their continued offline growth.