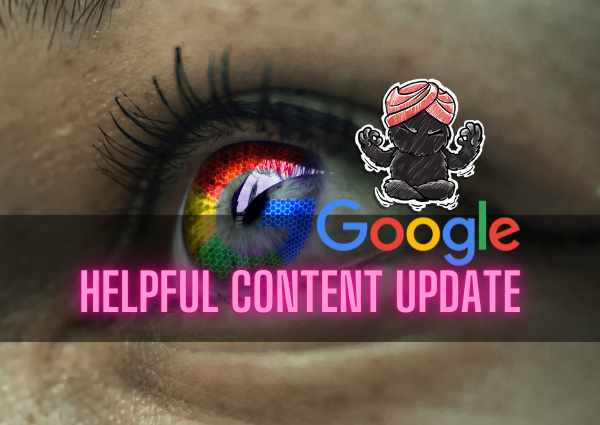 Google has announced that this week, a new update to their search ranking algorithm will be released. This new update is called the “helpful content update.” The main goal of this updated algorithm is to target content that isn't actually helpful or useful to people. Google hopes that by implementing this change, the quality of results users see when they conduct a Google search will improve overall.

Google's new algorithm update will target and penalize content that only exists to improve its search engine ranking. Titled the 'helpful content update,' this will flag pieces that don't provide value or help readers in any way.

According to Google, the update will “tacklecontent that seems to have been primarily created for ranking well in search engines.” So if improved SEO is your only goal, you could see some serious traffic dips as a result of this shift.

Here are the most important things that we know right now in short form:

To us, this sounds an awful lot like Google Panda. But according to Google, this is a new update different from Panda—even though it may seem similar at a surface level. Google also confirmed that Panda has been running in the background for years as part of the core algorithm.

In the future, we believe we will look back at this update and see that it was just as important as Panda or Penguin. It made SEOs change their strategies, and we strongly believe it will do the same for some agencies' content marketing and SEO content strategies.

This is a site-wide algorithm, meaning if the machine learning technique finds that your material is generally unsatisfying or unhelpful, it may single out your whole site and impact it.

Google is releasing this update to improve the quality of content that searchers can find on Google. The company has been collecting feedback from users through the feedback link in Google Search, on social media, and elsewhere on the internet, and it's clear that people are not happy with some of the results they're seeing. This is google's attempt to address those issues.

Google also outlines two great questions you can ask yourself about your content before publishing to see if it will perform well with this latest algorithm update.

Google said, “How do you avoid taking a search engine-first approach? Answering yes to some or all of the questions is a warning sign that you should reevaluate how you’re creating content across your site:

If you know Google well, you can expect the helpful content update system to be automated, regularly evaluating content. So, the algorithm is and will continue to be constantly judging your content and giving it a score. However, improving your content today does not automatically mean you will experience site traffic growth tomorrow. It's also safe to assume that there since there is a validation period where Google must trust you are committed to updating your content regularly; you have to keep it consistent before it ranks you higher. Google wants to ensure that your material is genuinely beneficial in the long term, so it will check whether you can prove this over time.

Google wrote it will “continue refining how the classifier detects unhelpful content and launch further efforts to better reward people-first content.” “A natural question some will have is how long will it take for a site to do better if it removes unhelpful content? Sites identified by this update may find the signal applied to them over a period of months. Our classifier for this update runs continuously, allowing it to monitor newly-launched sites and existing ones. As it determines that the unhelpful content has not returned in the long-term, the classification will no longer apply.”

Knowing what we know, and that's a lot, if your site is affected by this update, it could take months to recover - if you put in the effort. Thus, this is exactly why most of you have us handle this for you alongside you.

It's likely already too late to change anything on your website today as Google has started processing the update scores.

We will let you know as soon as it launches, and I hope this doesn't significantly affect the SEO community as the Panda or Penguin update did. But from what I've heard, this one sounds very large and could cause many agencies to change how they develop SEO content.

We're multi-award-winning SEO experts and we'd love to help you take advantage of our skillsets. Contact us today!