Entrepreneurship with a Vision: Five Innovative Products to Help the Visually Challenged

https://www.omahamediagroup.com/images/uploads/monster_gallery/Omaha-Media-Group-Black.jpg
2017 June 30
by The Creative Monsters 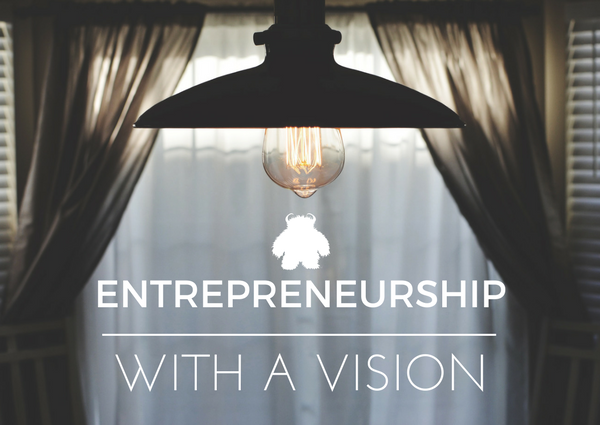 Entrepreneurship generally begins with a novel idea that can bring some value addition to the lives of people. All over the world a general consciousness and feeling of responsibility is developing about differently abled people. While several laws and provisions have been made to ease the burden of such people, the truth remains that there’s a long way to go before they can become a part of mainstream society. It was probably this desire to enable and empower that prompted few entrepreneurs from all over the United States to develop products designed specifically for the visually impaired. In a fast developing world, such out of the box thinking can not only help your company get noticed but also allows you contribute to a social cause.

1. Lechal Shoes
These products are developed to appeal to the sense of touch and not hearing unlike most other products for the visually challenged. The insoles of these shoes are connected to an app via the Bluetooth. As you start walking, the app will send instructions in the form of vibrations regarding the next turn you need to take. As you approach the turning, your left or right shoe will start buzzing according to whichever direction you are supposed to take. Insoles of both left and right feet will vibrate in case you need to turn around.

Lechal shoes are being hailed as revolutionary as they allow a visually challenged person to utilize his auditory senses for uses other than navigation and assume greater control of their lives.

2. Enchroma Lenses
Colour blindness is an area of visual impairment that is often ignored. Enchroma lenses attempt to bring the colour back to colour blind people’s life by helping them see the varied hues and shades of the world.

The human retina possesses three cones which absorb blue, green and red colours. However, if a red cone starts absorbing too much of green light, a spectral overlap is caused which results in colour blindness. In almost 80% cases of colour blindness, this overlapping process remains incomplete and Enchroma lenses can be used effectively to view different colours.

3. Argus II
Dr. Robert Greenberg’s company Second Sight has been working in the field of retinal prosthesis for more than a decade. Argus II, the so-called bionic eye, claims to provide some kind of vision in patients with retinal pigmentosa.

A device implanted on the patient’s retina coupled with a special pair of glasses containing a camera aid the patient to see a slightly pixelated image.

4. iBrailler Notes
An app that works like braille for tablets, iBrailler Notes allows the visually challenged to type on the iPad using standard finger combinations of a physical brailler. Copying and editing documents and easy mathematical calculations are other features of this app.

5. Guide Dots
A navigational product relying on audio inputs, Guide Dots is a promising innovation. It allows a visually impaired person to connect to Facebook to find friends, suggests places of interest and provides extra information from other networking sites.

Entrepreneurship today believes in the motto that disability should never define a person’s life and dreams!

Do you have an idea that we can help put into motion?