https://www.omahamediagroup.com/images/uploads/monster_gallery/Omaha-Media-Group-Black.jpg
2016 April 14
by The Creative Monsters 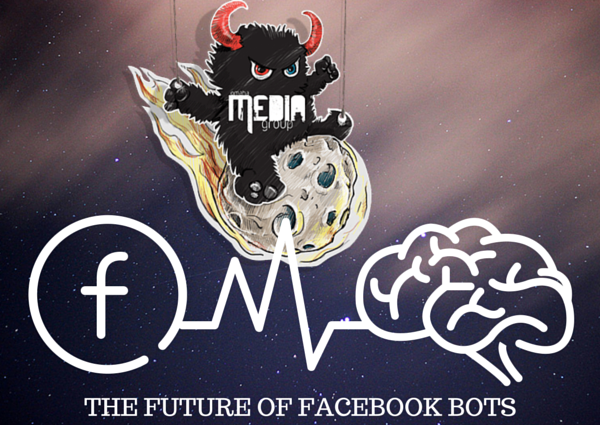 Tuesday, 2,000 developers attended the F8 software conference in San Francisco where Mark Zuckerberg announced his newest quest for the social networking site, chatbots.  A software powered by artificial intelligence that can perform simple tasks for you like sending emails, booking travel arrangements, and answering simple questions.  By sending a message to a chatbox in a messaging app, the software takes on the task and completes it for you.

Bots and Artificial Intelligence are the future of technology, though chatbots, essentially, have been around for decades.  Chatbots have the capability of helping you with the simplest task, like adding an appointment to your calendar, to the major tasks of open heart surgery.  (Though Facebook doesn’t plan on taking on an open heart surgery anytime soon.)

The initiative is to keep Facebook users coming back.  By adding the bot technology, this will encourage people to engage in Facebook, thus, creating new ways for Facebook to make money. Currently, when your scroll through your News Feed or “like” a post, that enables Facebook to push ads contributing to its near $18 billion in annual sales.

Bots will be available via Facebook’s Messenger app and will perform tasks for its mere 900 million users.  Don’t want to call in a restaurant reservation?  A Facebook bot, called M, will do this for you.  Would you rather someone else handle your wife’s anniversary flowers?  M can have those flowers ordered and delivered in no time.  While the bots are powered by artificial intelligence, they’re overseen by an actual human staff.

What are Facebook’s capabilities for other businesses?

While Facebook is aware that they can’t build all bots, they’re excited for the opportunity other brands and businesses possess to develop their own chatbots for Facebook Messenger.  They propose a future where Messenger becomes an e-commerce hub, complete with people buying things directly from bots developed by big brands.

What are your thoughts on the development of a “bot universe” via Facebook?  What kind of tasks would you like to see taken on by a bot in your Messenger?

If you want to talk further about implementing Facebook into your business plan…or you just want to talk about robots, we want to hear from you!

Posted In: Social Media and Digital Marketing, The Vast Universe