How brands use emojis for digital marketing

https://www.omahamediagroup.com/images/uploads/monster_gallery/Omaha-Media-Group-Black.jpg
2018 July 20
by The Creative Monsters 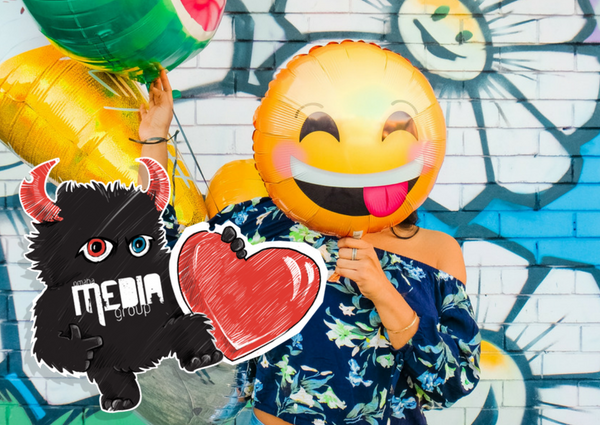 On Tuesday, nearly everyone around the globe celebrated World Emoji Day, taking to social media to excessively use the tiny pictures in tweets and status updates. As the ancestor of emoticons, emojis have become a huge sector of modern day communication. In fact, a 2015 study reported that 92-percent of the world’s online population uses emojis.

However, emojis aren’t just for teenagers’ Instagram captions and iMessaging. A number of companies navigate the complex world of emojis to promote their brands. Well-known brands such as Domino’s, Burger King and Mentos rarely tweet without using an emoji. Simply Measure reports that on average, 35-percent of top brands use emojis in their Instagram captions, and something as simple as adding a heart can drastically change user engagement rates.

The success of the emoji can be tempting for up and coming brands to capitalize on, but there is definitely a right way to execute emojis in marketing efforts. You don’t want your social media posts to become overwhelming or obnoxious, and the emoji usage has to fit your branding.

There is a proper and effective way to use emojis for digital marketing, and these brands got it right.

Part of the reason Domino’s emoji usage on social media is so effective and well-branded is due to their 2015 pizza emoji campaign. Domino’s launched its Anywhere technology. Part of the launched allowed customers to text Domino’s a pizza emoji to place the customized order saved on their account. All they had to do was confirm the message and the order was placed. The Anywhere technology increased pizza sales by over 50-percent.

In February, airline Air New Zealand laughed #EmojiJourney on Twitter, asking flyers to tweet them three emojis and they would reply with a custom emoji link. The link takes visitors to the Air New Zealand Emoji Journey website and shows them a map of where on the islands they can find local destinations that correspond with those particular emojis.

For example, the airplane, a glass of wine emoji loads results for New Zealand airports, restaurants, bars and breweries, and vineyards. The marketing campaign served as a way to showcase the country and encourage tourism by encouraging social media interaction.

Taco Bell took a more interactive online approach to their emoji campaign when they launched #TacoEmojiEngine. They encouraged their Twitter followers to tweet them a taco emoji with another emoji. Then Taco Bell would reply with a gif combination of the two. The taco chain ended up creating over 600 gifs to reply to customers.

While the whole campaign allegedly started to celebrate the release of the taco emoji, it turned out to garner some substantial attention for the brand. The hashtag performed so well that other brands, like the Colorado Rockies, got involved.

Using too many emojis can be obnoxious. When Chevy launched its emoji campaign in 2015, it was overbearing and too difficult to understand. Instead of heavily relying on emojis to tell your story, use it to compliment your current content.

Using emojis doesn’t give your brand the right to be outrageous and go off brand. If you do use emojis, pick a handful that represent your brand well and effectively communicate your message.

Emojis add extra personality to your posts and make them a bit more fun. That means there is a time and a place to do just that. Avoid using emojis on serious posts because it can come across in a poor manner.

Baby boomers and Gen Z-ers use emojis, too. So don’t get wrapped up in thinking that emojis are just for millennial marketing. Such a mindset will limit your opportunities and prevent you from capitalizing on emoji marketing.

Let us take social media off your plate!