How do YouTubers make money?

https://www.omahamediagroup.com/images/uploads/monster_gallery/Omaha-Media-Group-Black.jpg
2019 January 02
by The Creative Monsters 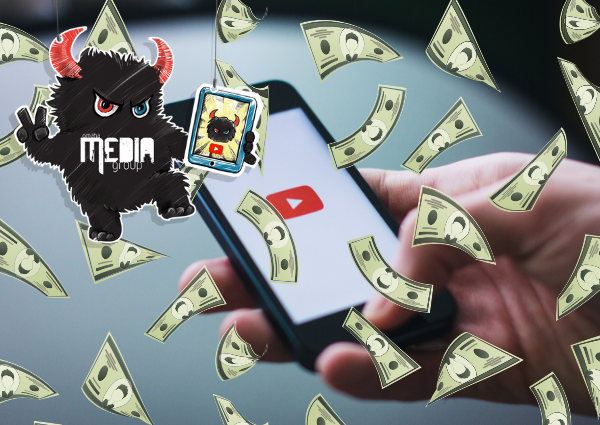 Recently a conversation started amongst our digital marketing team regarding the financial status of YouTubers.

Straight up, we’re flabbergasted at the amount of money a well-established YouTuber can make. We’re also in agreement that it’s shocking a person can even be a YouTuber as a career.

What is this influencer life and how does their YouTube content create a stable lifestyle for them?

Obviously, we took to the internet.

YouTube was a social platform created by three former PayPal employees in 2005 with the intent of sharing videos easily with friends and family.

As the story goes, the three coworking friends had difficulty sharing videos taken from a recent dinner party. Through this problem they developed a solution. Creating YouTube. An easy way to share videos.

In reality, influencer marketing has been around for ages, tracing back to the early 20th century. Brands often created personas to influence consumers into making emotional purchases.

While these personas weren’t cloaked with the term “influencer” at the time, in comparison to present day, that’s exactly what they were.

YouTube has introduced a whole new level of influencer marketing. Where brands previously used celebrities and spokespersons to influence consumers via 30-second commercials on television and radio, brands can now dedicate a whole produced YouTube channel for comparable costs. Moreover, brands can pay a YouTube influencer to promote their products directly to an audience of their choice.

Because traditional television is on the decline and Internet-based streaming is on the rise, it simply makes sense that influencing your market has moved in that direction.

One of the greatest appeals of YouTube is that nearly anyone can become a star. In fact, some of the most profitable YouTube stars simply play video games, unbox toys or put on makeup. However, the reality of fame and fortune is just luck of the draw.

Studies find the odds of becoming rich and buying that Lambo (heck, even the Beamer) you’ve always wanted via YouTube is actually pretty slim. Sorry folks!

In order to reach the top 3.5 percent channels on YouTube, your video views must reach at least one million a month. One million!

What are those one million views worth? Only about $12,000 to $16,000 a year through advertising revenue. And realistically speaking, we can’t help but feel that number will decrease in time as more and more content gets produced and promoted on the platform. That’s a serious saturation in content!

So how do you become a YouTube influencer? We can’t give you a real answer to that. But we can tell you that if you enjoy creating video, you’ve found a niche and don’t mind being public on the internet, your odds are greater than ours. Because we’ll just be the ones over here watching your makeup tutorials and reviews.

Circling back to our initial question - How in the H-E-double-hockey-sticks does a YouTuber make money?

Popular YouTube creators are often approached by brands offering sponsored content opportunities. Creators work with these brands to mention, use or promote products for money. Great for them, but often ridiculed by consumers. It poses the ever-pressing question, are these influencers genuine with their recommendations or simply motivated by money?

So how much money can a YouTuber make by sponsorships? Believe it or not, there’s a formula for this.

Obviously, this varies between creators and brands, but if this gives you some sort of idea, you’re welcome.

Overall, we’ll probably never get over the phenom of becoming a YouTube star and living off of that sole income. But the progression of influencer marketing that has come from it is pretty interesting to us!

How do you feel about YouTube stardom? Is it appealing to you? We want to know your thoughts on it!