The Man Behind The Pope’s Social Media Platform

https://www.omahamediagroup.com/images/uploads/monster_gallery/Omaha-Media-Group-Black.jpg
2017 December 27
by The Creative Monsters 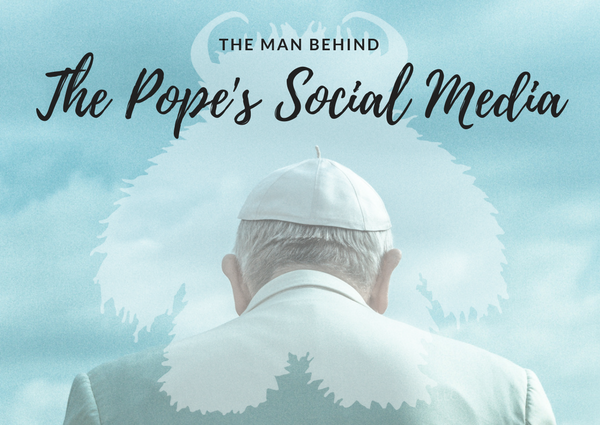 Social media truly has infiltrated every corner of life, even the Pope has hopped on the bandwagon. With a following of over 40 million people on Twitter ,Pope Francis has managed to get himself quite a fan following. His short and simple messages about faith, the Gospel and the love of God have certainly struck a chord with people from around the world.

The Pope is a busy man and he does have a bit of help when it comes to maintaining his social media accounts. Meet Bishop Paul Tighe; the man responsible for creating and keeping the Pope’s twitter account up and running.

The Vatican Twitter account was the brainchild of Bishop Tighe, and was created during the tenure of Pope Benedict XVI. The former Pope liked the idea of a platform can could reach out and spread the message of the gospel to millions of people and gave the go ahead. Bishop Tighe took it forward from there.

One of the main missions of the Catholic Church is to spread the Word of God as taught to us by Jesus in the gospels. What better way to reach out to a maximum number of people and spread this message than over a social media platform?

While Bishop Tighe is responsible for maintaining the account, it is the Holy Father himself who composes the messages that are posted each day. The number of followers of the Pope’s Twitter account has reached over 40 million ever since Pope Francis took over from Pope Benedict XVI.

Bishop Tighe hopes to be a good neighbor to people and be someone who they know will listen to them. Through the Twitter account the Catholic Church wants to spend time with those in need and if possible share what the faith is about. The Bishop says that in a non-invasive way that does not equate to bombardment, the Vatican hopes to give people a sense of the love of God. Bishop Tighe hopes that lay Christians would embody the teachings of Christ in a way that is loving and supportive of others.

Bishop Paul Tighe was born in Ireland on the 12th February 1958. He was ordained as a Catholic priest in 1983 and has served the church in various capacities ever since. On the 27th February 2016 Paul Tighe was consecrated as a bishop. Tighe was appointed secretary of the Pontifical Council for Social Communications by Pope Benedict XVI in November 2007 and secretary to the Committee of Vatican Media in July 2014.

It was Bishop Paul Tighe who proposed the idea of a Pontifical Twitter account to Pope Benedict XVI, and it is under the capable hands of the Bishop that the account reaches out to its millions of followers every day.

We might not be the Pope, we can definitely get you a great social media presence!