https://www.omahamediagroup.com/images/uploads/monster_gallery/Omaha-Media-Group-Black.jpg
2017 June 14
by The Creative Monsters 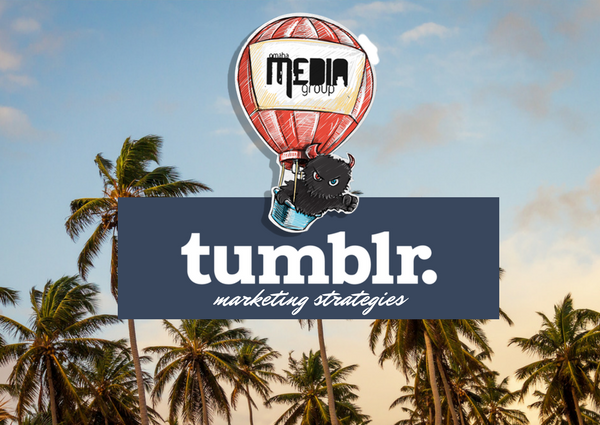 As of April 2017, Tumblr has over 550 million active monthly users, which is far more than Twitter and is relatively close to Instagram's number of active monthly users. However, Tumblr marketing receives little to no attention from most businesses despite the huge user base at hand. If properly monetized, Tumblr can a huge source of revenue and it can greatly improve a business's brand image. A part of the reason stems from the varied nature of content on Tumblr as the site's motto is to encourage users to literally share anything.

In addition, Tumblr has been growing at an exponential rate in the last few years and just about three years ago the platform only had around 200 million active users. The key to monetizing Tumblr is to be as 'hip' as possible and it certainly is not a platform for all types of businesses. As Tumblr is vastly different from other social media platforms, it will serve a completely different purpose than a Facebook or Instagram. With Tumblr, you should also use the appropriate the type of post.

Use Tumblr to create brand awareness

Businesses cannot really use Tumblr to drive traffic to their websites or increase their CTAs as most users simply don't log on to Tumblr for those purposes. However, you can use the website to create an emotional connection between your brand and a prospective customer. You can create content that resonates with your followers and leads to the creation of a positive, unique brand image for your firm. Tumblr is all about brand recognition. You should have a coherent idea of what you seek to achieve with Tumblr before starting out.

Use gifts and images judiciously

On Tumblr, if you have a post with text alone, it is highly likely to be ignored completely. Tumblr users are constantly on the hunt for gifs and images that they can relate to so it is important to have creative, off the cuff content on the website. This is why your Tumblr manager needs a different skill set when compared to your Facebook manager. For example, the shoemaker Vans has created a huge niche on Tumblr with their relatable and visually appealing posts. Think about everything that could be aesthetically appealing about your brand before crafting posts. Also, add lots of cats!

Over two-thirds of Tumblr users are millennials which means that you will not be served by relying on SEO metrics and keywords alone. As your audience is incredibly well-connected, highly informed, and mobile-centric, managing Tumblr becomes that much harder as millennials are more adept at spotting lazy and obvious marketing strategies. Tumblr is intended to be a fun, not serious environment and this is why it is not ideal for a lot of businesses. Tumblr is an incredibly lit platform and you should carefully consider if your business needs Tumblr to begin with as unless your products are visually appealing, cutesy, or casual, you are unlikely to benefit from the platform.

Do you need some creative marketing for your Tumblr account?  Hit us up!