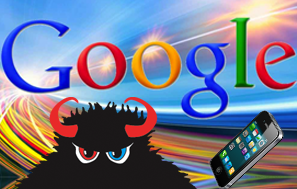 On April 21, Google began rolling out its mobile-friendly update, which makes the mobile-friendliness of a site a ranking signal. It has largely become known as “Mobilegeddon” by publications with a flare for the dramatic, as this name was given to it before it even launched or its effects were even felt.

Were you prepared for the update? Was it “Mobilegeddon” for your site? Have you noticed any change (positive or negative) so far? Let us know in the comments.

As expected, Searchmetrics has released a list of winners and losers from the update. Given that the update likely hasn’t finished rolling out yet, even Searchmetrics itself cautions that these are only preliminary results.

Following are the lists, which were first posted on Saturday.

You can see SearchMetrics’ findings in a PDF here. They’re also updating data as the roll-out continues, so you can see the latest here.

The effects of “Mobilegeddon” do have the potential to be felt by many sites who haven’t paid attention to Google’s warning. The update was officially announced in February, and was hinted at for months before that. Google has given webmasters time to prepare.

Small businesses who don’t have the time or resources to dedicate to making their sites mobile-friendly, or even pay attention to the latest happenings in SEO, are likely to be hurt by the update the most. All of that said, this is still just one of over 200 signals Google is taking into account when ranking search results on mobile devices. It’s not everything. It’s also on a URL-by-URL basis, and is supposed to update in near real time, so webmasters can fix pages over time, and potentially increase their rankings without waiting months for Google to recognize these fixes, as they have with some other updates.

Last week, Lawyer.com, a site which helps people find law firms, announced that it had analyzed the law sites in its database, and found that many of them will likely be affected negatively by Google’s update. 46% of solo firms failed Google's requirements, it said, while larger firms did a little better with a 33% failure rate.

The reality is that the update shouldn’t affect any particular vertical more than the next. It’s not like Panda where it is specifically looking at the type of content. It’s strictly looking at technical elements that enable the content to be consumed on a mobile device with ease. Even if your content completely sucks, it can pass Google’s mobile-friendly test. It may not help you with other signals, but that’s a different story.

Last week, Google put its latest round of guidance related to the update. This included an FAQ. The important takeaways from that included:

You an also contact us for additional guidance on how to improve your site’s mobile-friendliness.