https://www.omahamediagroup.com/images/uploads/monster_gallery/Omaha-Media-Group-Black.jpg
2018 January 05
by The Creative Monsters 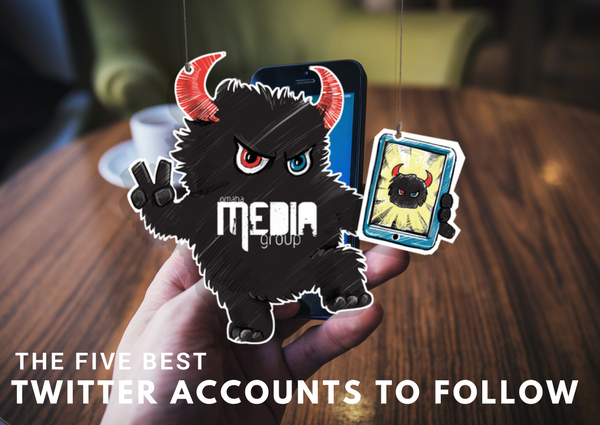 Twitter is a great platform to share your views with the world. Or at least you are putting your views out there in the hope that someone will read your tweet and if you are lucky to retweet it.  There are those all-powerful beings however who have tens of thousands of followers and get retweeted all over the place. They have done something right, and maybe by following them we could learn a lesson or two on how to take our own humble tweets to the next level.

Here is a list of some of the best Twitter accounts that check all the boxes when it comes to attracting a large following:

James Breakwell: Twitter handle @XplodingUnicorn, is the author of the book Only Dead on the Inside. Breakwell tweets about his day to day life with his wife, their four daughters and pet pig. But the reason for his one million followers is because his tweets are hilarious. Breakwell not only used his twitter account to create a fan following, but also to prove himself as a writer and consequently marketing his book. People enjoy reading @XplodingUnicorn’s tweets so much that his book was sold out in no time.

Funny Tweets: @Lmao. This rather unassuming twitter account at first glance has 7.41 million followers. What the account does is identify with basic humanity. Some tweets are funny and some are heartwarming but what they all have in common is that they are all retweeted over three hundred times at least. Sometimes all you need to grow on Twitter is to be a little more human.

Elizabeth Windsor: @Queen_UK. No, this is not the Queen of England’s official handle but an account that could very well have been hers if she was like everybody else. The tweets based on imaginary scenarios the real queen might find herself in are incredibly funny. The account has 1.7 million followers. The idea behind the account is absolutely brilliant, if you too can find a niche for yourself and make people laugh through something unusual, you too could see your followers grow.

Mathew Inman: @Oatmeal. This web designer keeps himself current by posting funny comics on Twitter. His comics are short and funny and keep people so entertained that he has gained 624 thousand followers. Inman also uses his account to inform his followers when his new works are coming out.

Boring Tweeter: @b0ringtweets. This handle lives up to its name beautifully and yet it has amassed 244 thousand followers. Boring Tweeter doesn’t just tweet about the most boring everyday things like walking into a room, but has managed to make it a satirical take on people who actually do this. People do enjoy reading the strangest of stuff and if you too can find a way to make the ordinary extraordinary, your Twitter account could explode too.

These are five of the best Twitter accounts you could follow and learn a lesson or two from. These handles do not belong to celebrities and some are not even verified but the person or people behind each are marketing geniuses.

Posted In: Social Media and Digital Marketing, The Vast Universe