The True Power of a Social Media Influencer 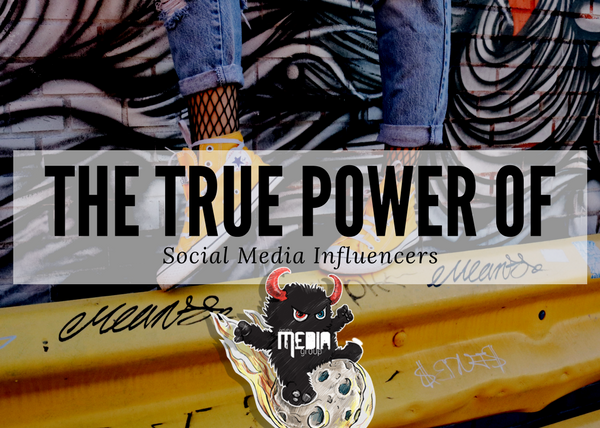 In this day and age, when people essentially turn to the internet to get their daily dose of knowledge and information, it wouldn’t be wrong to assume that the social media has indeed emerged as a super powerful communication medium of its own accord.

And while the social networking websites such as Facebook and Instagram are apparently making billions of dollars every year, it is the users of these websites that are truly cashing in on the endless opportunities the world wide web has in store to offer them.

Who is a social media influencer?

In essence, a social media influencer can be simply described as a user on the social media who has managed to generate great popularity and credibility within the industry.

Given their extensive outreach and accessibility to a large audience base, these social media influencers can convince their fans and followers of a particular idea or concept by virtue of their repute and credibility.

That said, there are thousands of such social media influencers all across the globe that are constantly raking in big bucks simply by posting their videos, blogs, vlogs or posts on the social media profiles.

While the most obvious social media influencers come in from the world of celebrities that promote specific products or services on the internet, there are other unbelievable winners too.

For example, a six-year-old kid from America who has already become a multi-millionaire simply by posting YouTube reviews of new toys in the market! Needless to say, social media has provided a massive money-making platform not only for the rich and the famous, but also for the ordinary people who are driven by an unwavering passion for making it big.

How does the concept work?

The countless money-making opportunities offered by the internet can be attributed to the sheer size of the audience it enables a user to reach out to. With over two billion active users of Facebook, one can only imagine the level of exposure and visibility, the social media provides.

The success of this concept can be well estimated by the fact that even the most ordinary of people including young students and stay at home moms have been able to build up a huge social media presence and developed their own brand of marketing from scratch!

So, how does a social media influencer get paid? Well, it is a pretty basic idea that the level of popularity an individual, holds on the internet directly equates to the amount of money he or she can make.

In other words, a social media influencer will get paid for promoting a particular product or service on the internet and the income will depend on the number of followers he or she has.

A compelling review by a social media influencer is likely to help skyrocket the sales of a product, and that is exactly why even the major brands are taking a head-on plunge into the world of social media as a strategy for marketing these days.

Have you explored Influencer Marketing for your brand?