https://www.omahamediagroup.com/images/uploads/monster_gallery/Omaha-Media-Group-Black.jpg
2012 March 08
by The Creative Monsters 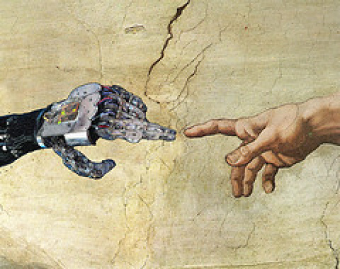 In this blog I am going to make a statement which, to many, will be quite controversial and provocative. Ready? Here we go: The Internet is quite possibly the greatest invention by man.

“How can anyone make such a statement?” One might be thinking to himself. Surely other inventions must top the list- Like the printing press, or electricity, or the computer. Indeed, these are all inventions which have helped make our lives easier and to spread knowledge. In light of these and other robust inventions I should probably go on to qualify my statement- in regards to the spreading of information, of enhancing cross cultural and global communication, and increasing knowledge and transparency of once opaque  social machinations (read: governments, businesses, institutions, etc) the Internet is a crown accomplishment.

Never before has it been so easy to converse or share information with people literally the half the world away. Individuals who may not even speak the same language as you, who may enjoy a massive disparity in culture. While true that there will always be differences among men, there are concepts and emotions all people understand and feel. Love, joy, fear, anger. We all have aspirations and ambitions, harboring private thoughts. In our own ways we all seek to advance above our current station, to make progress. A free flow of information can suddenly provide us with the contrast or knowledge we needed; putting things into perspective and giving us a reference point to compare ourselves, others, surroundings or other ideas with. Knowledge is as it has always been: power.

We are witnessing this right now across the globe. The Internet has provided people with a means by which to draw the conclusion that their respective governments may not be acting in their best interests. Egypt is just one example of this, and Iran is so worried that revolution will spread that it is attempting to create a national firewall that will block the outside world from its networks. Just like China has already done.

But not just in lands unfamiliar and foreign to westerners, oh no. It happens here at home in the US, UK, Canada, Australia, France, Spain- Everywhere. Take the groups Anonymous, Wikileaks, and Lulzsec. An interesting gathering of like minded people who have no ties to one another, generally speaking there exists no knowledge of names or occupations between members. Described as ‘cyber terrorists’ and ‘hackers on steroids’ these groups tend to cause no small amount of chaos for various private and government bodies around the globe. Boundaries between these groups can often blur, as the member base often bleeds over and all routinely collaborate with each other.  It’s a kind of society that could not ever have existed before- a virtual one where a faceless body of individuals have complete agency and freedom to information. Like any society there are deviants and wrong doers, even by their own (admittedly laxer) standards. So don’t draw the conclusion that I’m glorifying all they do, as if they had the touch of Midas. But their existence is fascinating, and their type a first.

By the same token though, I won’t pretend to be an impartial observer in this. I support the existence of such groups although I certainly do not always agree with their actions. Still, I believe they serve as a counter balance to the increasingly overbearing and desperate old guard of the corporate/government machine. Need I remind anybody of the thinly veiled assault on civil liberties that was SOPA? Penned by corporate lobbyist lawyers and thrust upon Congress?  The Internet has created near limitless new opportunities for entrepreneurs and opened up whole different kinds of revenue streams. It can hardly be argued that it has been anything but good for business as a whole.  Those who were once on top in certain dominating industries (Entertainment for instance) now stand to be toppled by their archaic business model and tedious grip on technological advances. To put it bluntly they stifle innovation and cripple creativity for their own benefit. It is no wonder they sink millions into the politicians to help stem the tide. 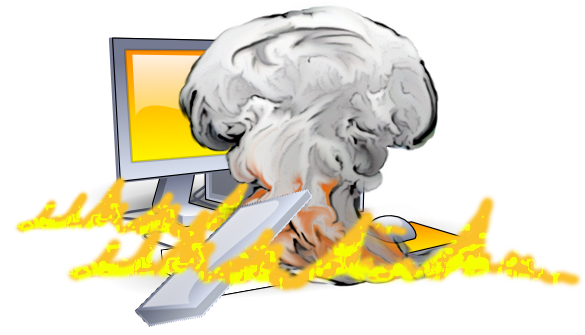 Pictured: Corporate/Government concept of how to 'eliminate piracy'

Selfish impulse is what fuels ambition, the desire for success and the will to survive. So these actions should not be unexpected, why would they be? Successful men are only human after all (and can often afford to indulge in a greater range of vices) and actions of this kind anticipated. â€¨â€¨

We must also safeguard ourselves from the modern tech giants who actively support and nurture the Internet, who stand in opposition this old class of businessmen- again, they’re private businesses. Allies of convenience. Where do we draw the line between incredible and free services and the harvesting of our personal data and the selling of it to the highest bidder? To governments? Google knows more about the common man and his habits in the US than our government could ever hope to legally learn. This is a debate which rages on right now, where should the line be drawn? We all have our personal rubicon to be sure, it is merely a matter of rallying together to best define it as a group.

Why does all this matter, you may ask? The answer is this: It is the future. More specifically, our future. We have in our possession a marvelous tool for the development of our race if we use it wisely, practicing restraint and moderation. Pushing forward, the Internet should remain as free as possible. Always.. But not at the dire expense of our humanity, of what helped to create it in the first place. Humans must be free too.

The future is happening all around us ladies and gentlemen. Believe what you want about the present economy and your own (self imposed?) limitations- but we enjoy a litany of advantages that no other generation has.  The Internet is, in my humble estimation, the greatest among these. Access to nearly unlimited information, the raw potential here is unimaginable- Though a bit vague for the unimaginative. I cannot stress enough at how grand the opportunities are out there for those who will only recognize them.

Here at Omaha Media Group this is what we help do. We act as the catalyst for great innovation, the harbinger of technological progress. OMG: Where Man and Machine Meet Monsters.

Have thoughts or opinions on this? Agree or disagree? Please comment below.