https://www.omahamediagroup.com/images/uploads/monster_gallery/Omaha-Media-Group-Black.jpg
2019 May 10
by The Creative Monsters 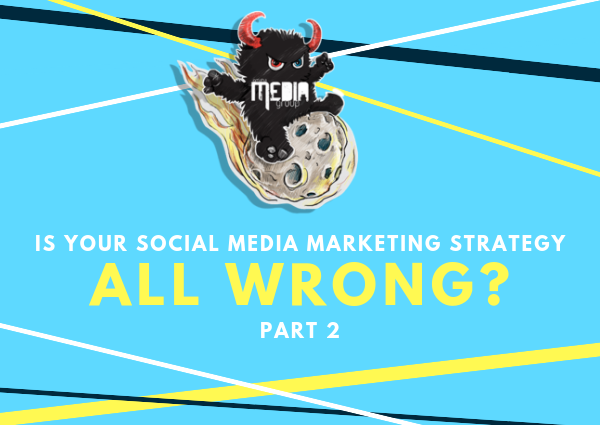 Your social media marketing strategy is wrong if…

You’re using every social platform on the internet.

That’s right. Just because you can, doesn’t mean you should.

What is social media marketing? Promoting your business on the best-suited platforms. Not all of the platforms.

An integral part of social media success is finding where your audience is and being there. Not where they aren’t.

Each social media platform is host to certain demographics. It’s kind of a social evolution thing.

For example, Facebook used to be “the place” for everyone, primarily college students. However, it’s transitioned into a platform dominating the ages of thirty to sixty four.

What’s this mean? If your business’s target audience is not between the ages of thirty and sixty four, it might not be the best platform for you.

There is a lot of research and thought that needs to go into a good social media marketing strategy, including the audience you serve and where they are online.

If you’re only promoting your products and services on social media with the intent to sell, you’re not going to find much success. A good social media marketing strategy follows the guidelines of the 80/20 rule. Never heard of it? It’s ok. We’re on it.

Why? Everyone on social media is savvy enough to understand a business’s ultimate goal is to sell you something. But building trust and a humanized rapport with your audience will get you a lot further in the bank than sounding like an MLM recruiter online.

It’s not uncommon to hear that social media takes a lot more time than first expected. Because of that, posting to social media often goes by the wayside.

Simply having a profile on social media isn’t enough. Your business needs to be active on each platform; active in posts, active in engagement. With social media, consistency is of the utmost importance for your targeted audience’s brand recognition of you, and for algorithm purposes.

You don’t understand your audience.

So much goes into understanding your audience on social media. As previously mentioned, it must be identified where your target audience resides on social platforms. Once their location has been nailed down, observing what they do, what they share and what they interact with on those platforms paints an important picture.

Remember, social media is about being social first. When your social marketing strategy caters to the interests your target audience has, you’ll have greater success in growing followers and expanding your reach.

Have you ever had a one-sided conversation? Awkward, right? If your business is not responding to comments, messages or reviews on social media, you’re not doing yourself any favors.

Why respond? Because it’s conversational. Engaging with your targeted audience makes them feel included and part of a conversation. By not engaging, you’re not giving off the impression of valuing or validating your audience's thoughts.

Don’t have time to communicate on social media with your audience? That’s ok! That’s exactly why a professional search engine marketing manager is an incredible asset to your business. Working with an expert on how to engage with your audience not only takes a load off your shoulders, but builds the transparency consumers are craving online in 2019.

Does your business need help with social media?

We’ve got a team ready to take it on!