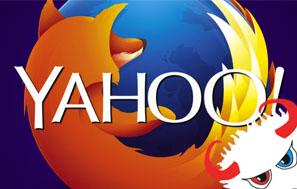 Firefox users conduct over 100 billion searches per year & starting in December Yahoo! will be the default search choice in the US, under a new 5 year agreement.

“Google has been the Firefox global search default since 2004. Our agreement came up for renewal this year, and we took this as an opportunity to review our competitive strategy and explore our options.

In evaluating our search partnerships, our primary consideration was to ensure our strategy aligned with our values of choice and independence, and positions us to innovate and advance our mission in ways that best serve our users and the Web. In the end, each of the partnership options available to us had strong, improved economic terms reflecting the significant value that Firefox brings to the ecosystem. But one strategy stood out from the rest.”

One weird thing about that announcement is there is no mention of Europe & Google's dominance is far greater in Europe. I wonder if there was a quiet deal with Google in Europe, if they still don't have their Europe strategy in place, or what their strategy is.

Added: Danny Sullivan confirmed Google remain the default search engine in Firefox in Europe, though there is no formal financial deal associated with the relationship.

Google paid Firefox roughly $300 million per year for the default search placement. Yahoo!'s annual search revenue is on the order of $1.8 billion per year, so if they came close to paying $300 million a year, then Yahoo! has to presume they are going to get at least a few percentage points of search marketshare lift for this to pay for itself.

It also makes sense that Yahoo! would be a more natural partner fit for Mozilla than Bing would. If Mozilla partnered with Bing they would risk developer blowback from pent up rage about anti-competitive Internet Explorer business practices from 10 or 15 years ago.

It is also worth mentioning our recent post about how Yahoo! boosts search RPM by doing about a half dozen different tricks to preference paid search results while blending in the organic results.

Though the revenue juicing stuff from above wasn't present in the screenshot Mozilla shared about Yahoo!'s new clean search layout they will offer Firefox users.

It shows red ad labels to the left of the ads and bolding on both the ads & organics. 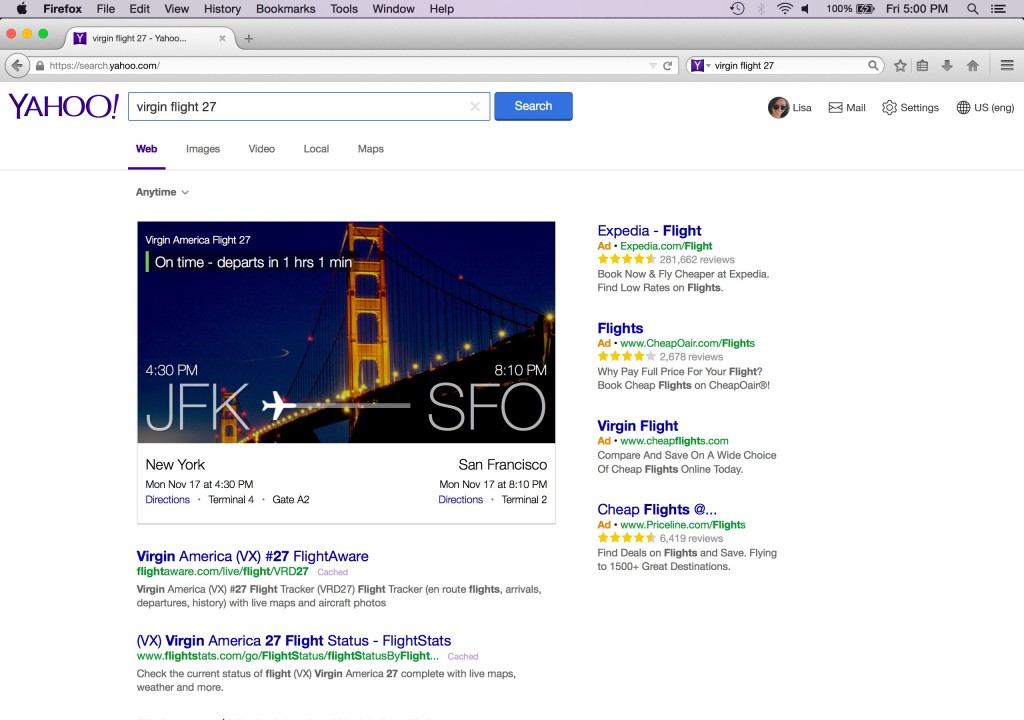 “At Yahoo, we believe deeply in search – it’s an area of investment and opportunity for us. It’s also a key growth area for us - we’ve now seen 11 consecutive quarters of growth in our search revenue on an ex-TAC basis. This partnership helps to expand our reach in search and gives us an opportunity to work even more closely with Mozilla to find ways to innovate in search, communications, and digital content. I’m also excited about the long-term framework we developed with Mozilla for future product integrations and expansion into international markets.

Our teams worked closely with Mozilla to build a clean, modern, and immersive search experience that will launch first to Firefox’s U.S. users in December and then to all Yahoo users in early 2015.”

Even if Microsoft is only getting a slice of the revenues, this makes the Bing organic & ad ecosystem stronger while hurting Google. (Unless of course this is a step 1 before Marissa finds a way to nix the Bing deal and partner back up with Google on search). Yahoo! already has a partnership to run Google contextual ads. A potential Yahoo! Google search partnership was blocked back in 2008. Yahoo! also syndicates Bing search ads in a contextual format to other sites through Media.net and has their Gemini Stream Adsproduct which powers some of their search ads on mobile devices and on content sites is a native ad alternative to Outbrain and Taboola. When they syndicate the native ads to other sites, the ads are called Yahoo! Recommends.

Both Amazon and eBay have recently defected (at least partially) from the Google ad ecosystem. Amazon has also been pushing to extend their ad network out to other sites.

The good thing about all the Google defections is the more networks there are the more opportunities there are to find one which works well / is a good fit for whatever you are selling, particularly as Google adds various force purchased junk to their ad network - be it mobile “Enhanced” campaigns or destroying exact match keyword targeting.

Posted In: SEO and Search Marketing, The Vast Universe