https://www.omahamediagroup.com/images/uploads/monster_gallery/Omaha-Media-Group-Black.jpg
2018 September 17
by The Creative Monsters 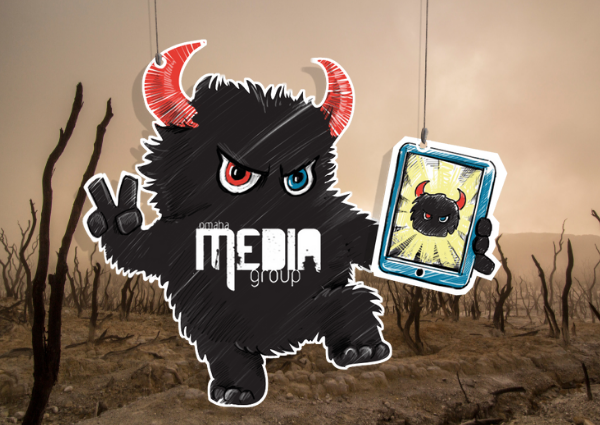 Social media is ever-evolving. New platforms are developed almost daily. As time passes, we see a multitude of them come and go. Because of this, it’s important to have a little insight in the trends.

Mobile is king, hands down, and changed how society uses social media.

You can see, that’s a lot of mobile social media time.

Social media is already a full-fledged, self-sustaining and highly-profitable platform as long as its usage remains relevant.

Now, let us look into some popular sites your business likely relies on for creating digital campaigns.

These engaging platforms are attracting audiences in huge numbers and have created a brand of their own.

A platform’s longevity is only as good as its relevancy and some have grown obsolete due to unpopularity. Anyone remember any of these?

Now, the biggest question is: did these failing social media platforms get pushed aside by bigger names or did they evolve? The correct answer would be both.

Meerkat was released in February 2015, but was shut down on October 4, 2016.  Originally, it started as an app used for live-streaming videos.  But, Meerkat was unable to continue in the direction of live streaming as it could not compete with other forms of live streaming such as Periscope and Facebook Live.

To grasp how rapid technology and media evolve, consider the historic rise and fall of these particular mediums:

·         It took Instagram eight months to be the most used application

Although not all of them vanished, they simply don’t have the same effect as their contemporaries. As a business, it is a necessity to use trending platforms to reach people. But, this does not mean completely ignoring the lesser utilized ones.

The qualities or features available in one platform can influence another. Some technology coming out of outdated social media sites is still incredibly useful, paving the way for new, more successful sites.

Therefore, it is important to continually evaluate not only the most well-known sites, but also keep our eyes on less popular, even underutilized sites having an especially unique opportunity in them.

Are you using the right platforms?

Send us a message to find out!