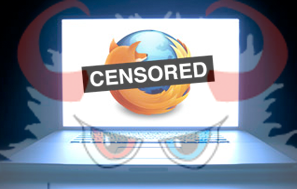 We are finally jumping on the public SCREW SOPA bandwagon. Corporate supporters of HR3261 (SOPA) and S968 (PIPA) demand the ability to take down any web site that affects their profits—without due process or judicial oversight—in the name of combating “online piracy.” Hoping you won't notice or care, quite a few of our Public Servants want to give them that right.

SOPA/PIPA authors and supporters insist they're only after foreign piracy sites, but Internet Engineers understand this is an attempt to impose “Big Brother” control over our Internet, complete with DNS hijacking and censoring search results.

<RANT>What could be more anti-American than jack-booted thugs throttling our free speech, poisoning that greatest of American inventions, the Internet, while devastating perhaps our most successful and competitive industry? There's got to be a better way to sell more stereo cables.RANT>

Where does your Member of Congress stand on SOPA? (Project SOPA Opera)

SOPA and PIPA Are Too Dangerous To Revise, They Must Be Killed Entirely

Congress needs to hear from you, or these dangerous bills will pass - they have tremendous lobbying dollars behind them, from corporations experts say are attempting to prop up outdated, anti-consumer business models at the expense of the very fabric of the Internet—recklessly unleashing a tsunami of take-down notices and litigation, and a Pandora's jar of “chilling effects” and other unintended (or perhaps intended?) consequences.

There is still time to be heard. Congress is starting to backpedal on this job-killing, anti-American nonsense, and the Obama administration has weighed in against these bills as drafted, but SOPA/PIPA cannot be fixed or revised—they must be killed altogether.

Tim O'Reilly, a publisher who is himself subject to piracy, asks whether piracy is even a problem, and whether there is even a legitimate need for any of these bills.

Thank you to our friends at craigslist for putting this information together and allowing us to share it with our own networks!