The Importance of Social Media in Business Marketing

https://www.omahamediagroup.com/images/uploads/monster_gallery/Omaha-Media-Group-Black.jpg
2017 September 13
by The Creative Monsters 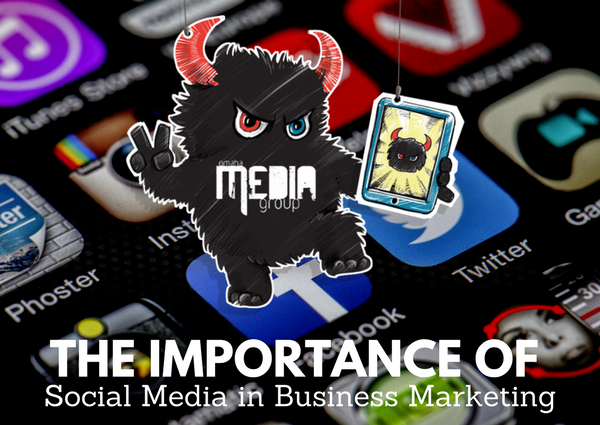 Today's era is the digital one, where anything can happen over the Internet. Almost everyone has access to the Internet, except for the ones living in very remote areas. A huge number of people use social networking sites such as Facebook, Twitter, LinkedIn and so on. So, it would be a great platform for companies to promote themselves and expand their business.

The growing reach of social media

Taking this into account, numerous companies use them as a means to enhance their company's reach and popularity. Companies create an account on these websites and use them as an online platform to recruit new employees as well. A study shows that 85% of well-established companies use social media to promote their company and 50% of them have been doing it for the past 3 years. More than half of them are known to post on a daily basis!

According to a study, Facebook is the most commonly used social networking site, with a utilization rate of 93%. It is followed by YouTube and LinkedIn, which are at 43% each.

Social media is a booming platform for businesses to expand to a whole new level. A few years ago, this would've been debatable. But now, it's very evident. 86% of marketers agree that their business has been benefited by social media and 89% of them agree that they've got the exposure that they needed via social media.

It proves that social media helps expand a business and is one of the easily available means that a company can utilize.

Let us take care of your social media marketing for you!