https://www.omahamediagroup.com/images/uploads/monster_gallery/Omaha-Media-Group-Black.jpg
2017 January 25
by The Creative Monsters 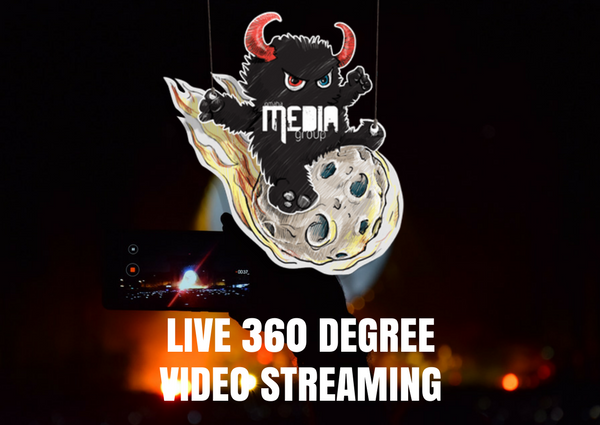 As brands and organizations are going digital, social networks are seeking to incorporate various aspects to develop meaningful relationships with consumers. The unique feature of social media is personalized interaction with consumers and measurability of performance. Digital content is getting revolutionized, which is why social networks are adopting different content formats and features to strengthen interaction and engagement.

Both Twitter and Periscope are setting the bars for video broadcasting high by launching live 360 degree video streams. People can now watch 360 degree live videos on both platforms, but only a few partners have the privilege to use this feature. With the launch of Facebook Live, Twitter's Periscope identified the opportunity to enter the live-streaming market with the addition of a new 360 degree live streaming feature to the platform. The new feature is being tested, and is expected to be rolled out in the coming weeks.

How does live 360 video streaming work?

The function of this Periscope feature is easy to understand. The Periscope team said that the feature isn't about just going places. Rather it allows broadcasters to anchor the experience so that they can interact and connect with the audience from wherever they are sharing the video.

The new feature has a “Live 360” badge on it, which allows users to start streaming videos instantaneously. People can simply use their fingers on the screen to change the direction of the video. Twitter is focusing greatly on the feature for monetizing its services. The 360 degree live video streaming feature is available on Periscope desktop as well as mobile applications.

How is the new feature going to affect brands?

Although brands have been using Periscope for some time now, the new feature added to the platform is likely to bring greater benefits to brands.

Exposure to a larger audience

Social media audience desires interaction and engagement with brands. The new feature is likely to reinforce all connections between brands and consumers by providing meaningful videos. These videos are can be streamed in real-time, and viewers can enjoy a 360 degree view of events or other brand aspects being shared on the platform. As a result, brands are able to attract a larger audience by kindling interest for the brand in them.

Develops a sense of urgency

With Periscope's new feature, brands can urge consumers to check the “limited time” offers and convert them to actual customers. It creates a sense of urgency because the video would be available for live streaming only for some time, after which it is taken off.